A Maze of Grace 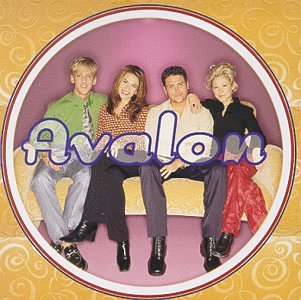 Product description This CD from Avalon isn't their best, but it is very good. Their voices all mix incredibly well and the songs all have good lyrics. About each song - Testify to Love - great song! The best of the fast songs. I love the lyrics and the beat. A World Away - another awesome song with a fast beat. Has the best lyrics on the CD and should have probably been the title track. A Maze of Grace - not the greatest. Weird sounds. Knockin' on Heaven's Door - has a cool funky sound and is another one of their great fast songs. Great message of what we all need to do. Adonai - definately my favorite song on the CD. One of the few slow songs, it is truly beautiful. The piano sounds great and the harmony on this song is awesome! Speed of Light - another fast songs, not one of my favorites. The Move - yet another fast song with a weird urban beat. Good lyrics but not a song you'd want to listen to over and over. Reason Enough - a slower song (finally) that has some of the best lyrics on the album. This song is beautiful and it is one of the best. Forgive and Forget - a nice fast song. Really great. Dreams I Dream For You - a very pretty slower song. Another great track on this CD. Overall this is an awesome CD for Christians! Amazon.com At first glimpse, Avalon may seem like one more nice-boy-nice-girl quartet who looks angelic and sings with a similar sanctity. And hey, that's what they are. But what makes A Maze of Grace different is the underlying streetwise pop edge that pervades this 1997 release, which yielded three top contemporary Christian music singles. The opening "Testify to Love" is a great track that features solid harmonies, trademark guitar power chords, and a rock-solid backbeat. "Knockin' on Heaven's Door" contains an irresistible urgency, as does "Speed of Light," yet the group can slow it down masterfully, as with the ballad "Adonai." Comparisons to First Call are merited here and much credit should go to producer Charlie Peacock, who makes Avalon's second release something more than the usual fare. --Michael Lyttle

A Maze of Grace

Disclosure: We are a professional products site that receives compensation from the companies whose products we show. We are independently owned and the opinions expressed here are our own. When you click on links to various merchants on this site and make a purchase, this can result in this site earning a commission. Affiliate programs and affiliations include, but are not limited to, the eBay Partner Network